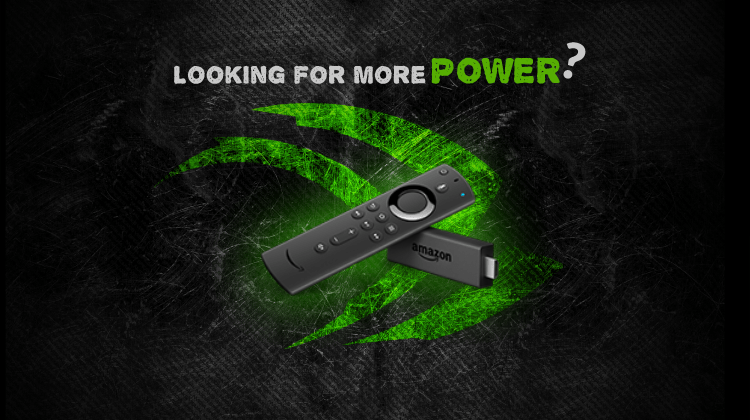 Although Amazon has a great product and dominates the streaming devices market, there are great alternatives out there that worth to discover. This article will reveal you the Best powerful streaming alternatives to Firestick

Firestick is the Holy Grail device for streaming content from various sources. This small lightweight device packs a lot of power for seamless streaming. Firestick is also one of the most portable streaming devices on the market; all you need is an HDMI port, power, and a WIFI hotspot.  The basic specs for Firestick include a 1GB RAM, 8GB internal memory, dual-band Wi-Fi, Bluetooth, powerful GPU, and a 1080p/4K video output. Depending on the version, the processor speed is different, 1.0GHz for first-generation, 1.3GHz for second generation and 1.7 GHz for the 4K version. Firestick runs on a modified version of Android

With a small real estate, Firestick offers acceptable performance. The most common issue with Firestick is overheating when not adequately ventilated. Besides Firestick and Amazon TV, other streaming devices can also offer you the same or more performance when streaming various content. The rivals in this category are mostly Android TV boxes. Today we’ll look at the best Firestick alternatives.

There are several streaming devices in the market, and choosing the right one is a hassle. Some have powerful specs but fail to deliver, others are well balanced, and some, are better to avoid. In addition, very few devices come with reliable software. For instance, very few Android TV Boxes come with the Android TV OS, others have a ported Android with their custom interface.  In this listing, we have considered some devices with features that make streaming seamless. These features are what makes our chosen devices powerful steaming alternatives to Firestick.

The basic features include;

Without further ado, here are the best alternatives;

The name Nvidia is synonymous with the GPU world, but Nvidia has other products such as the Nvidia Shield TV, which is the king of streaming devices. Nvidia Shield TV is a complete home entertainment package; it is designed to handle both streaming and gaming tasks. Right from its sleek hardware to the angular aesthetics, Nvidia Shield TV packs unlimited power to execute its tasks efficiently.  This makes it a perfect Firestick alternative.

Nvidia Shield TV sports a neat customizable Android 8 user interface. It is powered by Android TV and a built-in Chrome cast. It has the core integration of Google apps and other streaming apps such as Netflix, Amazon and more options such as Kodi. It is compatible with Google Assistant, Alexa and Plex media server.

To support both streaming and gaming, Nvidia Shield TV runs on NVIDIA Tegra X1 processor with a 256-core GPU. Its 3 GB RAM is coupled with a 16 GB internal storage. It supports Dolby Atmos over HDMI, and it is 4K HDR-ready. It has dual USB 3.0 ports, HDMI 2.0, Gigabit Ethernet, dual-band Wi-Fi, Bluetooth 4.1/BLE and captive portal support. You also get a gaming controller and an IR capable remote.

Get your Nvidia Shield TV here! 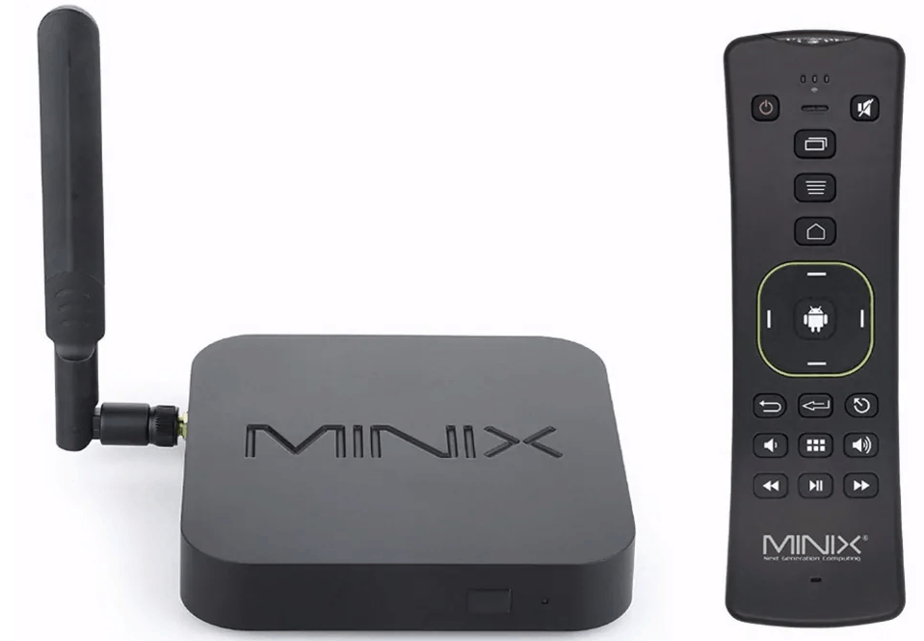 Minix Neo U9-H is a high-end upgrade from its predecessors. It is designed to offer the ultimate powerful home entertainment experience. Unlike other Android TV boxes, Minix Neo U9-H is a powerful streaming alternative as it competes fiercely in the cutthroat market and levels well with several competitors.

This Android TV box features a neat intuitive Metro interface with easy to access icons. It runs on the Minix OS based on Android 6.0 right out of the box. It receives OTA updates regularly, and it offers DRM protection for streaming services. Its remote offers a voice input, and it supports air mouse functionality. The rear side of the remote houses a physical QWERTY keyboard.

Get your Minix Neo U9-H here 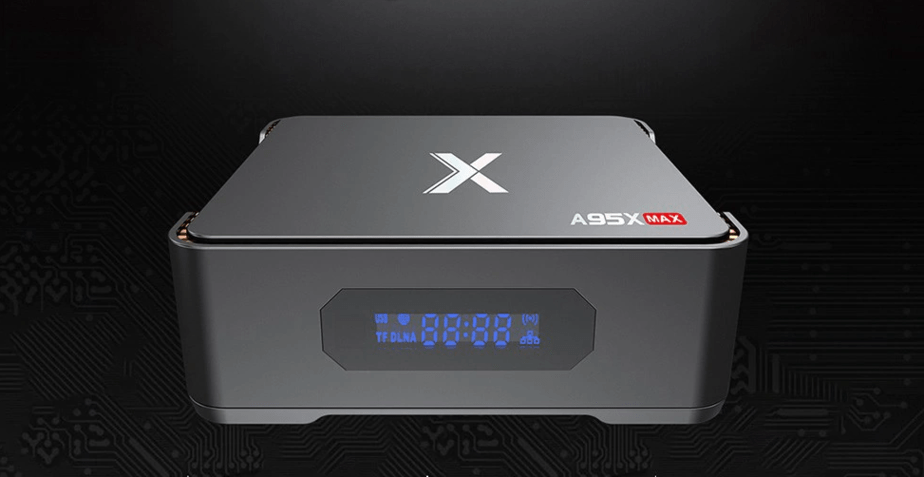 A95X Max Android TV box is one of the best alternative to amazon firestick. Unlike many Android TV boxes, A95X Max copes well to various tasks with minimal lagging. It’s also designed to ensure that it doesn’t run into any overheating problems. It’s one of a kind box that can house a 2.5” HDD inside. This means you get expandable storage of up to 2TB.

Similar to many Android TV boxes, A95X Max sports a smartphone-based interface that runs on Android 8.1. The interface is easy to use; its slick and apps are presented in large icons. It comes with a TVMC app – pre-configured Kodi, Google Play, YouTube and other apps. It lacks some other official apps which can be loaded quickly.

In terms of hardware, A95X Max packs a Quad-core Amlogic S905X2 processor with a Davlin Mali GPU. It has a 4GB RAM coupled with a whopping 64GB internal storage. It supports 5.1 Surround Sound and 4K HDR10 via HDMI 2.1. It has two USB 3.0 ports, a USB 2.0 port, Gigabit Ethernet, Bluetooth 4.2, dual-band Wi-Fi and supports expandable storage. It has no voice control. 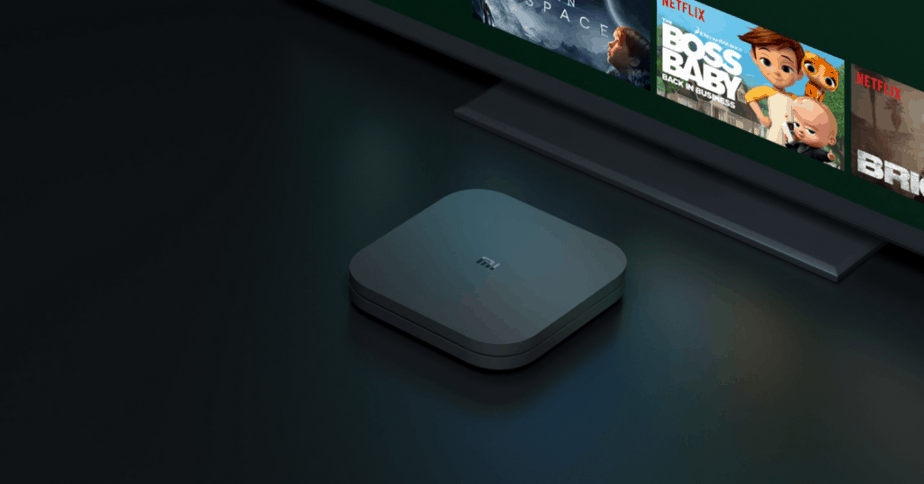 It sports a neat intuitive Android TV interface based on Android 8.1. This means you get the functionalities of Google Assistant and voice control at your fingertips. There’s also a built-in Chromecast function. It has a core integration of many Google apps such as Google Play store, YouTube and has official apps such as Netflix. Other apps can be sideloaded through a workaround. Its remote has a minimalistic design similar to Firestick. The major issues with this box are lags.

Xiaomi Mi box S houses a Quad-core ARM Cortex-A53 processor coupled with a 2GB RAM and 8 GB internal storage. It supports Dolby and has 4K HDR display via HDMI 2.0a. It also supports dual-band Wi-Fi, Bluetooth 4.1, and a USB 2.0 port. 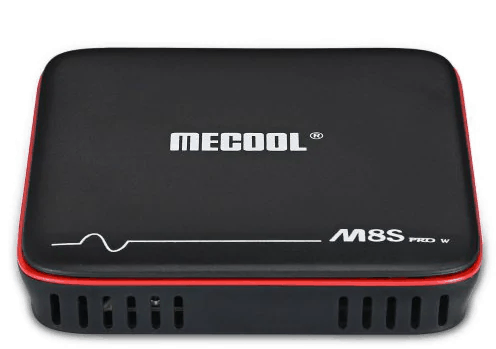 Among the best amazon fire stick options, Mecool M8S Pro is a cheaper option. Mecool M8S Pro does its job efficiently but lacks the bulkiness of other Android TV boxes. It’s relatively small but cost-effective, suitable for short streaming sessions.

Mecool M8S Pro features a smartphone-based interface that runs on Android 7.1. The interface is neat and easy to navigate. It has the essential Google Apps including the Play Store and features official apps such as Netflix. It supports Miracast and comes with a preconfigured Kodi, but you can always install the official Kodi.

Mecool M8S Pro packs a high-performance quad-core Cortex-A53 CPU and 2 GB RAM coupled with a 16GB internal memory. The memory can be expandable up to 32GB. It supports 4K video and audio via HDMI 2.0. It has two USB 2.0 ports, 2.4G Wi-Fi, Ethernet, and an IR remote.

Get your Mecool M8S Pro here!

The above listicle provides the best Fire TV Stick alternatives. The listicle features both high end and low-end devices that rival the Firestick performance. As with many products, the alternatives also have some Pros and Cons, and choosing the best one depends on your preferences.

Additionally, when streaming any content on the above devices, always remember to protect your connection using a Good VPN, to avoid getting in trouble due to copyright law, transmission rights and to deal with blockages.

Finally we’d like to suggest a visit to our guide on the Best Streaming apps; you’ll find something worthy for sure !