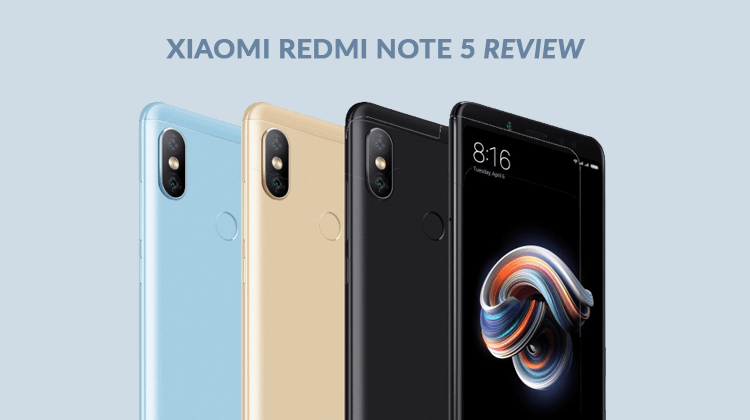 Xiaomi Redmi Note 5 is an amazing high tech phone comes from Xiaomi, one of the largest smartphone company in the world. In this article, we are going to share a nice details review of Xiaomi Note 5 (AI)…

Earlier today, I unboxed the new Xiaomi Redmi Note 5 presented to me by GearBest. The Redmi Note5 is a progressive update of its predecessor, the Redmi Note 4 which made sales of 9 million units in India last year (2017). The new handset blends high performance and quality while giving great value for money. It comes with great specs and features including a high-end dual camera AI system, premium looks, and substantial performance.

After a thorough analysis to the Xiaomi Redmi Note 5 AI smartphone, here is all you need to know in this review:

As you can see, due to its generous screen dimensions and features similar to a Tablet, in this Xiaomi Redmi Note 5 AI Review we come easily to the idea that is not a simple Smartphone; in fact is a Phablet, similar to others like Samsung Galaxy Note II or iPhone 8 Plus, but at an affordable price which makes its acquiring a great deal.

The handset comes packed in a well-crafted rectangular orange box. The front side of the package has the name of the smartphone engraved on it, while the device’s main features are listed at the backside. 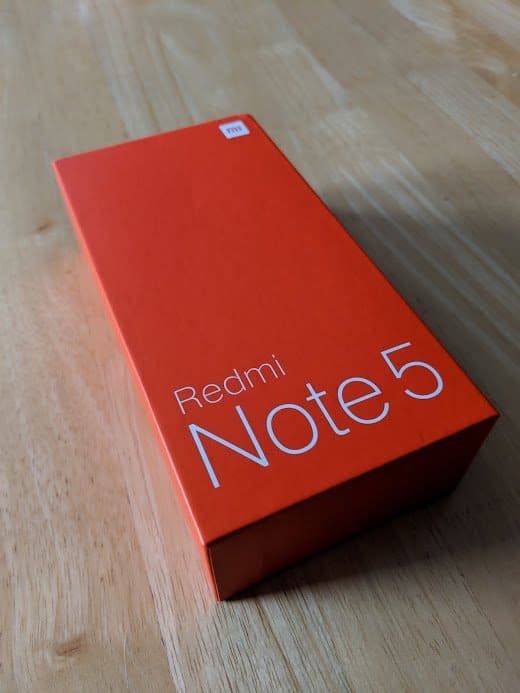 Although it missed a plastic tray (maybe due to environmental concerns) or any other fancy builds, the box still remains hardy enough to withstand physical damages. Once you unpack, you will find the Redmi Note 5 tucked in neatly alongside the smartphone’s necessary accessories including the charger, a sim-pin, a micro-USB cable, as well as a TPU case. You will also find a printed manual-guide of the handset in the box. 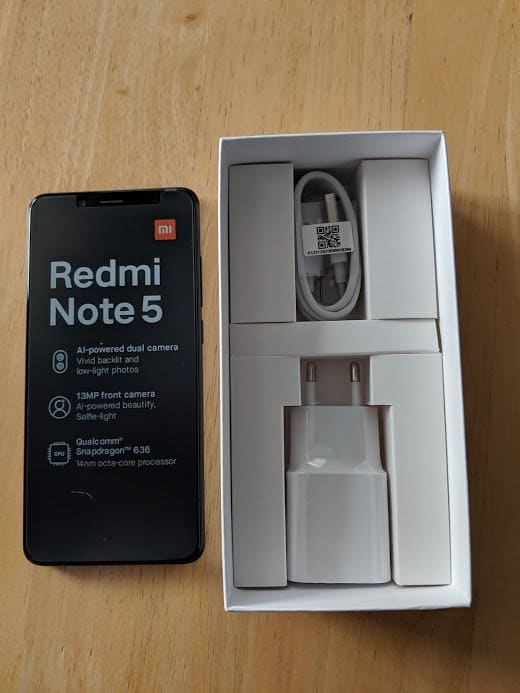 The new Redmi Note 5 has a premium look and offers an exciting aspect ratio of 18:9 as well as small-sized bezels. With Its Full HD+ LCD IPS capacitive display, I didn’t face any issue with the brightness during my outdoors tours. 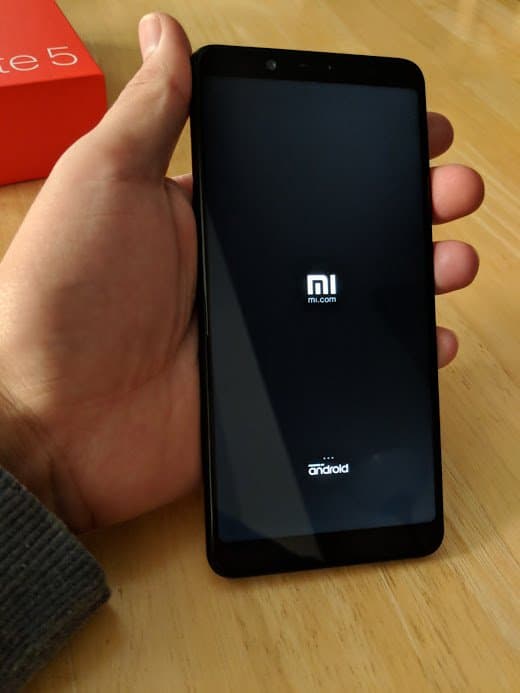 Surprisingly, the handset has a protective case that is only common with the high-end smartphones. But if you’re found of dropping your phone or need some extra protection, you can go for these leather cases and a stronger screen protector. 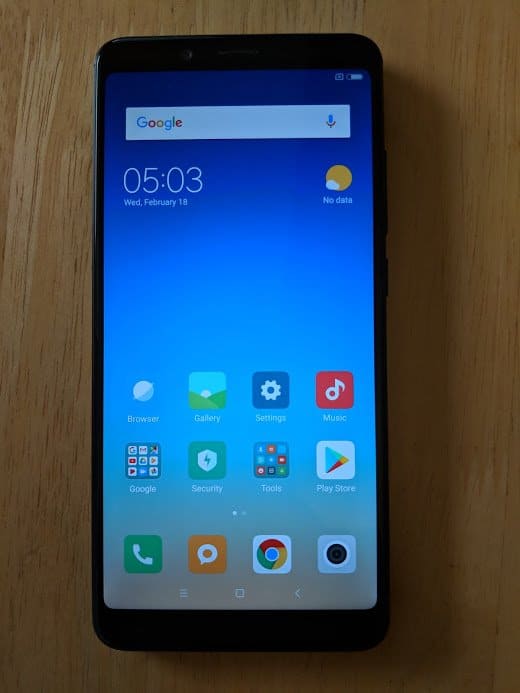 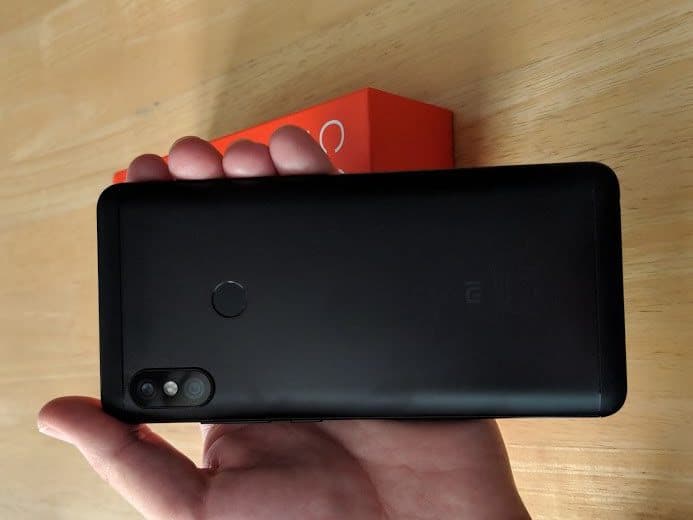 The device is somehow heavy, and this is because of its massive battery capacity. It measures 158.6 X 75.4 X 8.1mm in dimension, giving it the slim, wow factor.

On its rear, there is a bulging AI dual camera system, coupled with an LED flash placed in between the cameras. Directly placed below the camera system, horizontaly centered, is the fingerprint sensor. The Xiaomi’s ‘Mi’ logo sits at the far bottom in a centered position.

At the bottom side of the device, there a Micro USB 2.0 port, loudspeakers planted on one side and the audio port on the other side.

On the right side, the handset features volume keys together with a power button. To the left, lies a SIM tray which houses a hybrid card slot, allowing you to choose between a microSD and a second SIM. Finally, on the top side, the devices houses an IR Blaster.

Unlike its predecessor, the Redmi Note 5 has a 77.4% screen-to-body ratio – much lesser bezel with a widescreen. It also boasts a 1080 X 2160 pixels in resolution in the 5.99-inch display screen. 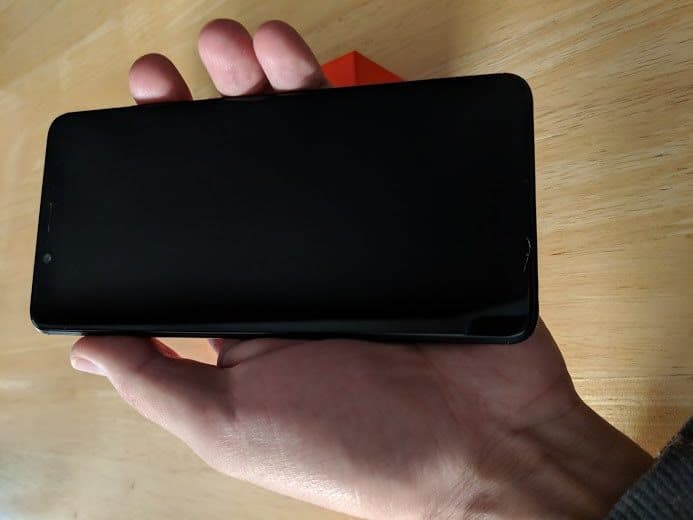 Its less-bezel display allows more experience when viewing images and videos. The screen displays high contrast details of a 1431:1 ratio with a 555 nit’s maximum brightness. However, to experience the same quality of details on the screen while out in the Sun, you will need to increase the phone brightness.

The 5.99-inch display screen is gilded with a Corning Gorilla glass type 3 which is scratch resistant while offering fluid scrolling when operating the handset. This makes the screen on the Redmi Note 5 astounding for a smartphone going at its current price, offering detailed, clear and sharp visuals. 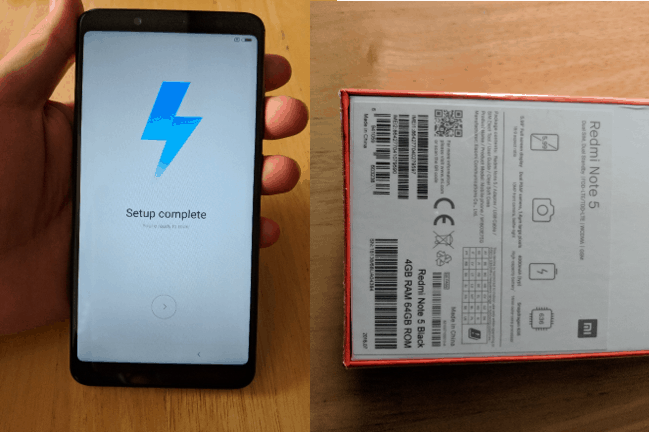 The Redmi Note 5 runs on a Qualcomm Snapdragon 636 with 14nm processor technology. The Octa-core processor has a clocking speed of 1.8GHz, and this provides fast performance. Coupling this with the 4GB of RAM, the handset is a beast on its own since its capable of handling simultaneous operations without issues.

Redmi Note 5 uses the Adreno 509 graphics processor which makes it possible to play heavy games without experiencing glitches. Its Full HD+ feature allows you to watch high-quality videos seamlessly. Despite having a 64GB storage, there’s the option to expand your storage capacity to 128GB via a microSD. You can slot in the microSD on the hybrid SIM tray located on the left side of the handset.

Like I anticipated, the new Redmi Note 5 runs on Android 8.1.0 Oreo operating system, with a new MIUI 9 custom skin. The new upgraded skin offers a user interface that is undisputedly the best compared to other Android smartphones. With numerous customization made on the unique user interface, the experience is breathtaking. The availability of advanced system tools together with several dual apps and spaces, you have the capability of running two simultaneous apps with separate accounts. For instance, you can have two WhatsApp apps running different accounts on the same device without compromising performance.

The Redmi Note 5 has an AI dual camera system which takes some great pictures. Moreover, its AI assistant works best to improve the overall picture aspects. Portrait pictures are the best; the second camera provides depth.

I also took some photos in good lighting conditions, and the results were amazing, considering this is a midrange handset. The images were taken to preserve their fine details and the focus is perfect, making its 16M color screen feature look lifelike. Furthermore, its HDR algorithm works perfectly well.

The video quality of the device was satisfying as well, and it surprisingly surpassed my expectations. The new Redmi Note 5 supports 4K video resolution on third-party apps like Open Camera. 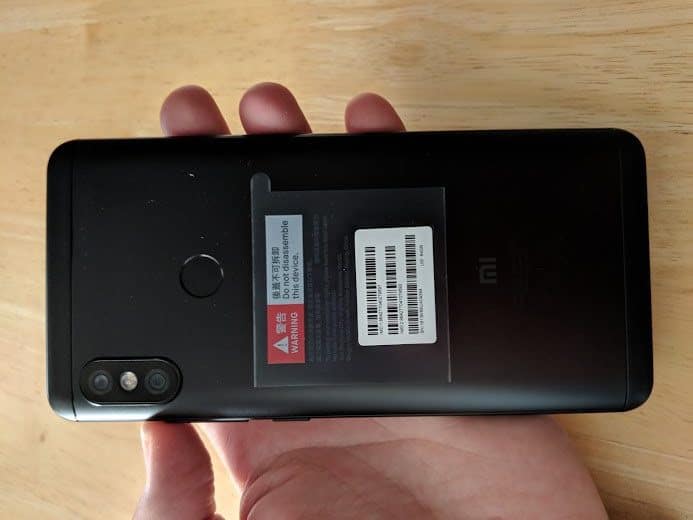 The smartphone has a non-removable 4000mAh Li-Po battery which allows the phone to last for up to a day and a half with regular use. The phone has a quick charging feature that fully utilizes the Qualcomm chipset technology feature.

The new Redmi Note 5 is one of the best smartphones you can get under £200.

Grab yours at GearBest!

Is it worth it?

Pros and Cons of Redmi Note 5

Although it took six working days to get my hands on the handset, it was worth the wait. The handset is already trending on all major stores due to its features, and it doesn’t break the bank.

Also you can take a look at other smartphones here.

And that’s it for this Xiaomi Redmi Note 5 AI Review. So, go ahead with no fears!