You are here: Home / Sports Streaming / How to Watch Tyson Fury vs. Dillian Whyte on Firestick For Free
3 shares 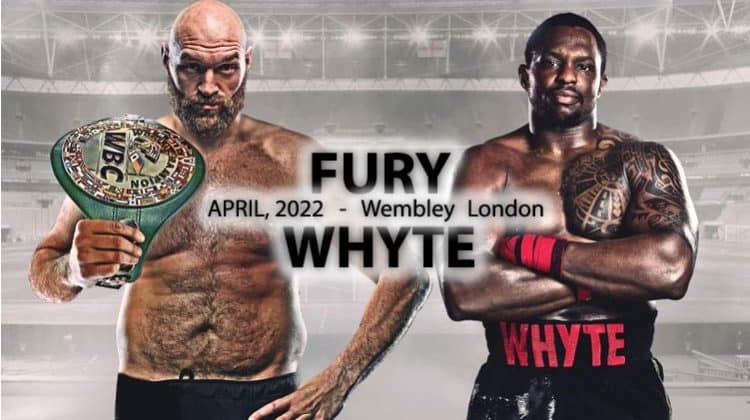 This guide will show you how to watch Fury vs Whyte on Firestick, using both free and paid methods. The guide is also applicable to other streaming devices such as Fs Chromecast, Android TV/Box, and Nvidia Shield.

The long wait for Tyson Fury vs Dillian Whyte is nearly over as the two will finally face off for the WBC World Heavyweight title. The ‘Gypsy King’ will be defending his title this Saturday in his first appearance on home soil since reclaiming the world championship title – and his first in almost four years since defeating Francisco Pianeta back in the summer of 2018.

Dillian Whyte finally gets the shot he has waited years to secure after being named the mandatory challenger by the World Boxing Council (WBC). But while the odds are against ‘The Body Snatcher,’ he simply says, “Tyson Fury is dangerous, but I’ve survived assassination by a man with a machine gun.”

The face-to-face is now set to the “biggest fight in British history since Lennox Lewis vs. Frank Bruno” back in 1993, and it is set to go down at Wembley with a record crowd capacity of 94,000.

Tyson Fury, 33, is still unbeaten, and he stands at 31-0-1 (22 KOs). Fury won his title against Deontonay Wilder in February 2020 in a fight that was billed as “unfinished business.” That was after Wilder defeated Fury in 2018 with a controversial split decision. After Wilder lost his title, he then activated his rematch clause for a “Once and For All” fight, in which Fury successfully defended his title with a stoppage win.

Dillian Whyte, 34, has an impressive professional record of 28-2 (19 KOs). His last fight was in March 2021, when he knocked out Alexander Povetkin to avenge his own stoppage loss to the Russian in August 2020. That won him back his WBC interim heavyweight title. Before that, his only other loss was against fellow brit Anthony Joshua back in 2015.

Now, Whyte will be desperate to ensure his much-publicized struggle to secure a shot at the heavyweight world title will not have been in vain. He now has a shot at the man he once trained alongside for the famous green-and-gold belt at Wembley Stadium.

That’s not the only fight, though, as we will also see several other brilliant British fighters showcase their skills on one of the biggest stages in world boxing. These include Isaac Lowe, Tommy Fury, and David Adeleye.

How to Watch Tyson Fury vs Dillian White

There are two different ways you can watch Tyson Fury vs Dillian White:

However, if you are not in the UK, you will need to use a VPN as the app is geo-restricted. We suggest that you go for IPVanish as the VPN has lots of servers in the UK, and it’s also super-fast.

ESPN+ is the official broadcaster of Fury vs Whyte in the US. The match will be available as a PPV for $69.99, but you will need to have a regular subscription first. That will set you back $6.99 a month or $69.99 a year.

Note that just like BT Sport, ESPN is also geo-restricted. This means that you will need to connect your IPVanish app to the US.

If you are not in a position to buy the PPV, you can still watch Fury vs Whyte for free, as Firestick provides lots of flexibility. The best of these is to use Kodi, as the program gives access to free streams from the internet and protects users from aggressive ads and pop-ups.

To stream via Kodi, you will need to use addons. These will scrape for links from publicly-available websites and present them in an organized manner for you to watch for free. However, you need to be very careful as these streams are almost always illegal.

Free sports streaming has been a huge source of concern for many years among broadcasters and content distributors. That’s because, in many cases, these streams are pirated.

👉 For the above reasons, we highly advise that you use a VPN if you wish to watch Fury vs Whyte for free on Firestick. A reliable VPN will help hide your activities and anonymize your connection to make you untraceable.

We are currently offering a 72% to all BestDroidPlayer readers, and you can take advantage of it below.

The following Kodi addons will let you watch Tyson Fury vs Dillian Whyte for free, live, or on-demand.

The loop is a dedicated sports Kodi addon that provides both live events and replays. The addon is usually updated daily to ensure that you can easily access that day’s events (and schedule) right from the main page. You will find all major events there, including Fury vs Whyte.

Apart from upcoming events, The Loop Kodi addon also has a section named Fight Zone. This section gives you access to Live Boxing, where you’ll find streaming links that you can use to watch the main card. You can also stream the match after it has taken place via the addon’s Replay Zone, which provides on-demand access to all major boxing events worldwide.

Mad Titan Sports is the sports version of the popular Mad Titan Kodi addon. The addon provides both live events and replays, and its homepage is updated daily to show the day’s events. On Saturday, you can open Live Sports > PPV Direct Links and look for Fury vs Whyte.

Apart from that, you can also check the PPV and Other Events section. The PPV section provides direct links for ongoing events, while the latter has a Boxing section where you can find Fury vs Whyte.

Sportowa TV is a Kodi addon that brings the best of web streaming to Kodi. The addon integrates multiple web scrapers used by the most popular free streaming sites such as livetv.sx and LiveOnScore.

On the main page, you will find scrapers such as SportsBay, Crackstreams, Rojadirecta, Strims World, LiveOnScore, VipLeague, and LiveTV.sx, among others. All these scrapers provide content in their own way, but most of them have an MMA/Boxing section that provides links to ongoing fighting events. You can use any of them to watch Fury vs Whyte for free on Kodi and Firestick.

Fury vs Whyte is the most anticipated boxing event of the year, and it is surely one worth watching. If you are like us and don’t want to miss it, you can use the above methods to watch the event live or on-demand.

Just remember to turn on IPVanish before you start streaming to stay safe and circumvent geo-restrictions.