You are here: Home / Sports Streaming / How to Watch UFC 235 on Kodi and Android for free
360 shares 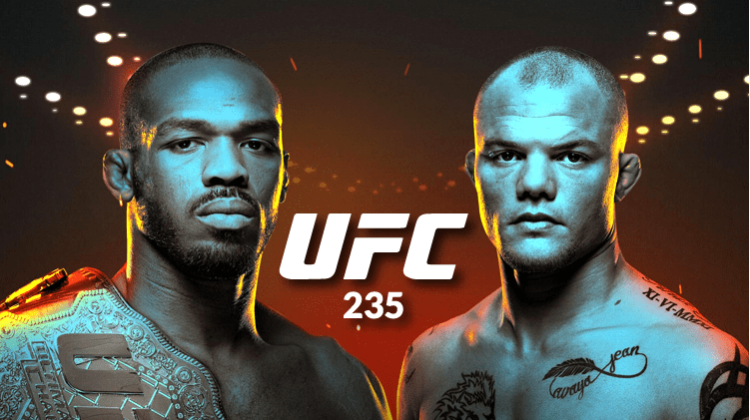 Great news For the UFC Lovers. An important event of UFC, the UFC 235 is about to start. This is an event you can watch locally, or pay per view on TV. But if you want to save your money, you can also watch it Live on TV for free. This is a guide we prepared for you where we’ll unveil for you How to Watch UFC 235 on Kodi and Android…

If you’re a fan of Ultimate Fighting, then you already know about the UFC. If you’ve never heard of this though, then you’re in for a pleasant surprise as UFC 235 is coming. As our WWE fans well know, wrestling is booming on TV right now. The other major action sport that you want to ensure you watch though is the UFC. While wrestling is at times scripted, I know this might be hard to believe, the UFC is anything but! You can expect to see some singular brawls and with a weekly slew of events on the cards, there is always something to watch.

Who When and Where

This weeks event – UFC 235 – going to be held in Las Vegas at the T-Mobile Arena starting on 2th March. The headline fight is between Jon Jones and Anthony Smith for the UFC Light Heavyweight crown. Along with these two you will also see UFC Women’s Bantamweight fighters Gina Mazany take on Macy Chiasson plus a host of other fighters. The action kicks of at 6:30 pm ET with the main event starting at 10 pm ET.

Using a VPN to Watch the UFC

Unless you’re planning on paying major moola ($$) for PPV, your best option to watch the UFC is through the use of Kodi or some other Android app. Unfortunately, if you go this route, you’re likely to be accessing a copyrighted stream which can be problematic from a legal standpoint. Luckily for you though, VPNs can help you out.

A VPN (which stands for Virtual Private Network), creates a secure, encrypted tunnel between your device and the VPN server. What this means to you, is that any Internet traffic sent through this tunnel is completely private and cannot be hacked or tracked.

Even better though, if you’re not based in the US, a VPN lets you access US streams quickly and easily. You simply need to connect your device to a VPN server based in the States and it will then appear as if you’re located in that country. This is great not just for the UFC but for many other things. For example, are you interested in BBC iPlayer? Well then just connect to a UK VPN server and you can access it! If you want the CBC – look at a Canadian VPN server. It really is that easy!

Now when it comes to VPNs you have lots of options available to you. You can go the free route of course, but not only are you generally not able to choose specific servers there, if you can choose a server, it’s not really the fastest. Also sadly, some of the free VPNs have significant issues that you need to worry about when it comes to overall data security and even malware!

This is where a premium VPN comes into play. Not only do these VPNs offer you significantly more speed, they are all over the world and they generally have a no-logging policy in place. This is really important as a primary reason for a VPN is security but if someone is tracking your activities online, you’re not really going to be that secure!

We’ve found that IPVanish is the best VPN for streaming online. So, We managed to get an exclusive 71% of IPVanish for readers of our site.

How to Watch UFC 235 on Kodi and Android

Now you took care of your security and privacy, installing a GOOD VPN like IPVanish, you are ready to read further and learn How to Watch UFC 235 on Kodi and Android.

Kodi in case you’ve never heard of it is a media player. Originally called XBMC for Xbox Media Center it has evolved over the years; now offers addons for a host of different content. With Kodi, you can watch videos, play music, look photo’s and even watch TV. All you need is the right addon!

Though Kodi have legit official addons, most of the Kodi addons are third-party Kodi Addons, thus not official, as they are developed by the Kodi community developers. Thinking this addons are the real Kodi’s soul they tend to access copyright restricted contents and broadcasting, bringing to you prime payed contents, for free. This way you can suddenly end on the wrong side of the law if you don’t use a Good VPN. So again, before install them, be sure to have a Good VPN like IPVanish. 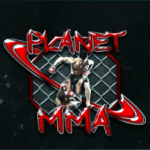 Here on this guide on How to Watch UFC 235 we listed in first place the best option for the UFC watching – the Planet MMA addon. This one has all of the action that you could ask; in fact it was originally called UFC finest so you know where the focus is. This is a third party addon so you absolutely need to have your VPN with this one. Check out our detailed install instructions to get started. 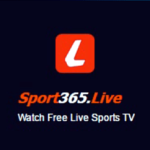 These two addons are more generic in nature as they are not focused only on the UFC. Rather using Sports 365 and Sports Devil you can access tons of different sporting streams from lots of different events around the world. This includes the UFC though which is why I’ve included them here. Both of these addons are excellent and Sports Devil specifically has been around for years. Check out how to install Sports 365 here or if you’d prefer, you can download and setup Sports Devil here.

If you’re not a fan of Kodi, or you simply want another way of watching the UFC you’re in luck! With Android boxes becoming ever more popular, there are lots of different sporting apps that you can use to stream stuff online. So, here on this guide on How to Watch UFC 235, we are giving you another suggestion for a good streaming application. 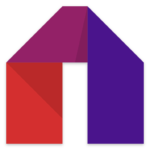 One of the best Android apps for the UFC is Modbro. This app gives you access to hundreds of channels from around the world at zero cost! As such you can imagine the need for a VPN is paramount so make sure you’ve turned yours on. With all of those channels things could get confusing, but fortunately Modbro has sorted channels into specific categories for you. The one you’re going to want to look for is Sports. Check our detailed review for more information. Also don’t forget to download and install it so that you can give it a spin!

If you’re a fan of no holds barred action, then the UFC is absolutely for you. In this article we’ve supplied clues on How to Watch UFC 235; using Kodi or Mobdro, both suitable streaming applications for this matter. But whether you use one or the other, always remember to keep yourself on the right side of the law, by using one of the best VPN in the world – the IPVanish or chose yourself the fitting one for you, from the List of The Best VPNs.

Hopefully this guide on How to Watch UFC 235 have listed the best addons and apps and will help you catch the action live so you get to see everything as its happening.

Have a nice UFC 235 streaming!

Disclaimer: BestDroidPlayer is in no way affiliated to Mobdro or Kodi and its addons. We do not support the consumption of illegal content, and the content provided here is only informational. If you decide to use it in any way, we advise that you use a VPN.

👋 Signup to our newsletter to receive guides and cord-cutting-tips tips for FREE!! Click Here!
360 shares