You are here: Home / Streaming Apps / How to watch Harry Potter on Netflix – Working guide 2020
91 shares 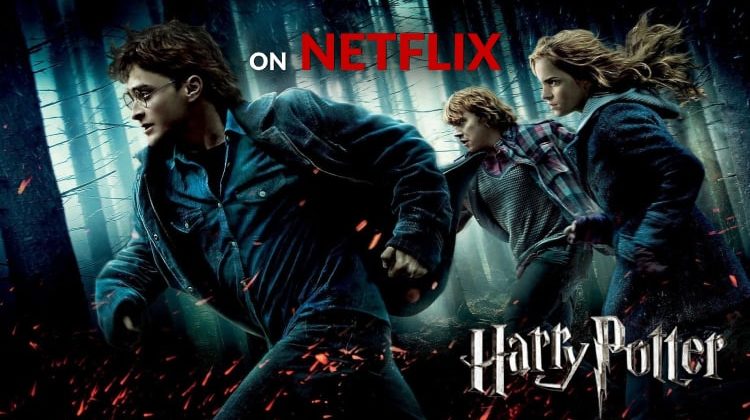 “I am a wizard, not a baboon brandishing a stick.”

The nostalgia and general experience that comes with Harry Potter is almost unmatched. ‘Potterheads’ will undoubtedly agree with this. With quarantine and lockdowns being implemented in most countries, it is perhaps the best time to jump into this awesome franchise.

The Harry Potter is a Warner Bros produced & distributed series based on the eponymous works of famous writer J.K. Rowling. The franchise was produced between 2001 and 2011. You can find the Harry Potter titles (at least part of them) on Netflix.

Unfortunately, it is not available in all Netflix regions [we’ll get to the why in a minute]. Many subscribers have taken to the internet to ask Netflix to avail the franchise in all regions. It is unlikely that Netflix will add it to the library in all regions. However, that doesn’t mean that you can’t watch it at the comfort of your house. Here is a guide to watching Harry Potter on your Netflix. But first, let us begin with the regions that stream the series.

Where is Harry Potter streaming on Netflix?

Different regions offer different titles in the franchise. Here is a breakdown that shows the latest distribution.

Some regions missing? Well, other regions have previously streamed some titles in the past but the allocation was eliminated early this year. As a result you might find some of your region lacking in this list. For instance, in Nov 2018 France and Belgium Netflix had all 8 titles. The same happened with Australia & New Zealand as well in Jan 2019.  If you are wondering why this is the case, we have an answer for you.

Netflix usually acquires the Harry Potter titles under a license by paying for them for a fixed time interval. After that interval, the titles are no longer available to subscribers of that region.

By using geo-blocking mechanisms, Netflix is able to limit Harry Potter titles to subscribers in a specific region and block the rest. To get access to the restricted content, you, therefore, need to trick and convince Netflix that you are in the location where the content is unlocked.

Now, you don’t have to jump into a plane and head to Portugal to watch the first 5 titles of Harry Potter. Neither do you need to cast a magic spell or use the ‘alohomora’ chant. It is simple, all you need is a VPN service. Using a VPN (I recommend the best below) you can easily access any Harry Potter title. If you intend to watch the entire series, buckle up and get ready to move around the world.

A VPN works by masking your real IP location with a different IP location. To Netflix and other sites, it will appear that you are accessing the internet from a different location. This way you can convince Netflix that you are in Canada, Portugal, or Spain and the movies will be yours for watching. Think of the VPN as an invisibility cloak for your online activity.

Surfshark: The recommended VPN to unblock Harry Potter on Netflix

Surfshark has particularly proved to be one of the best VPN for this case due to its speeds, excellent streaming capabilities, compatibility with various platforms, good server coverage, and the best price on the market. The servers deliver unlimited bandwidth suitable for streaming content in HD without buffering. Besides gaining access to various content, Surfshark VPN uses a military-grade 256-bit AES Encryption, with a strict no-log policy for security and privacy.

Other equally good VPNs to unblock Netflix include CyberGhost, ExpressVPN and NordVPN.

How to watch Harry Potter on Netflix using a VPN

Here is a step by step guide on how to watch Harry Potter on Netflix:

How long is the Harry Potter franchise?

The Harry Potter film series has eight movies in total. Each movie has a different length, and none falls below 2 hours. A quick estimation will point out that you roughly need more than 16 hours. Don’t worry we have got you covered if you are wondering how much time you need to set aside for it.

Here are titles (in order) and their respective lengths.

We have done the math for you and they sum up to 19hrs 39mins which means you’ll need at least 20 hours. You can divide the film series into two or more rounds depending on your schedule.

No more worries and anxiety waiting for Netflix to make the title available in your region. As Dumbledore puts it, “Let us step into the night and pursue that flighty temptress, adventure.” Here is the easiest path if you are up for a trip to Hogwarts for the first time or making a return.

👋 Signup to our newsletter to receive guides and cord-cutting-tips tips for FREE!! Click Here!
91 shares