You are here: Home / Streaming Apps / How to Watch BBC iPlayer from Ireland or from anywhere in 2020?
0 shares 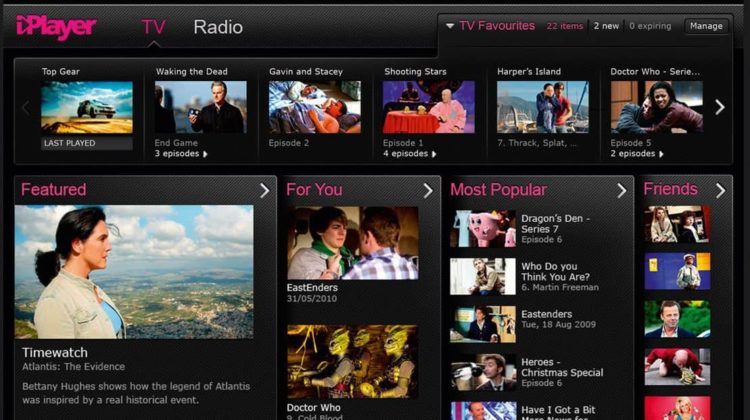 BBC iPlayer is the streaming channel of choice to watch the best of British TV, but if you try to stream from Ireland or anywhere outside the UK, you will have to face a strong geographical block. Fortunately, you have come to the right place to learn how to overcome this problem.

Ran out of streaming ideas during the COVID-19 lockdown? If you’re in Ireland and want to catch the best of British telly, why not try BBC iPlayer? One great show to start with is, of course, Doctor Who and you can find all of the most recent episodes on iPlayer. Alternatively, you might want to catch up on shows like Killing Eve or comedy’s like Have I Got News For You. BBC iPlayer has all of these plus some of the best movies too so you’re sure to find something to keep you entertained.

What is BBC iPlayer?

BBC iPlayer is an online streaming platform that serves users with a bunch of streaming options from UK based sources. It is compatible with PCs, smartphones, smart TVs, and tablets and can either be accessed directly via a webpage or through an app. Check out this guide for instructions on loading apps on your Android device.  The benefit for the UK-based iPlayer viewers is that there are no commercial ads embedded in the streaming service.

Watch BBC iPlayer from Ireland or Anywhere in the World

Regardless of your current location, you can easily bypass iPlayer geo-blocks in minutes. All you do is subscribe to a reliable VPN service that has servers in the UK to offer access to iPlayer.  Make sure to consider the following important points when selecting a VPN service to watch BBC iPlayer from Ireland:

There are dozens of VPN services but you need to consider the best option because you can’t afford privacy issues. We keep testing various VPNs to see if they allow access to BBC iPlayer from Ireland and other countries. Considering anonymity and privacy, we recommend CyberGhost.

When it comes to watching BBC iPlayer from Ireland and other countries, CyberGhost stands out as the top choice. You can select from 6 user profiles to select the most suitable server.

All you need is select Unblock Streaming and the CyberGhost interface will let you select BBC iPlayer among other streaming services. Once you select BBC iPlayer, the system will allocate the most suitable server. CyberGhost has over 150 servers in the UK with a strict no-log no-connection policy. You can use up to 7 connections/devices at a time.

CyberGhost is user-friendly and even then if you need guidance from the support team, you will find it quite convenient and responsive.

When it comes to unblocking BBC iPlayer from Ireland or anywhere else outside the UK, you need to consider the following features in a VPN service:

1. Servers in the UK

BBC iPlayer is primarily a UK-based service and you must look for a VPN service that has a sufficient number of servers in the UK. There are VPNs with no server in the UK so they can’t unblock BBC iPlayer. As we write, CyberGhost has over 150 servers in the United Kingdom, far more than most of the premium VPN services.

When it comes to online streaming, the speed of the VPN service becomes a major consideration. You can’t rely on a VPN that doesn’t support buffer-less streaming of the HD video content. CyberGhost serves with high-speed streaming which is closer to that of the speed offered by some major VPN services including IPVanish, Express VPN, and Nord VPN.

You can’t risk compromising your identity and privacy when you are trying to watch BBC iPlayer from Ireland. CyberGhost follows a strict no-logs no-connection policy which means that it doesn’t keep the record of your online activities so nobody stands a chance of tracing the unblocking of BBC iPlayer from your connection.

As soon as BBC iPlayer detects the use of a VPN service, it blocks the connection at the drop of a hat. The 24/7 live customer support from CyberGhost representatives quickly responds by helping you find another server in no time so that your connection doesn’t stay blocked.

It is easy to unblock geo-restrictions on most of the premium content but things are different in the case of BBC iPlayer, Amazon Prime, and Netflix. You need to use a highly reliable and efficient VPN service with a sufficient number of servers in the required region. With over 150 servers in the United Kingdom, CyberGhost becomes the top choice for anyone looking to watch BBC iPlayer from Ireland.

We hope this article may help you to unblock BBC Player and to watch its contents from Ireland or from anywhere. Please rate this post and share it with all your friends.

Have a great BBC Player streaming!