You are here: Home / Streaming Apps / How to Watch Vikings on Netflix if it isn’t Available in Your Country
161 shares 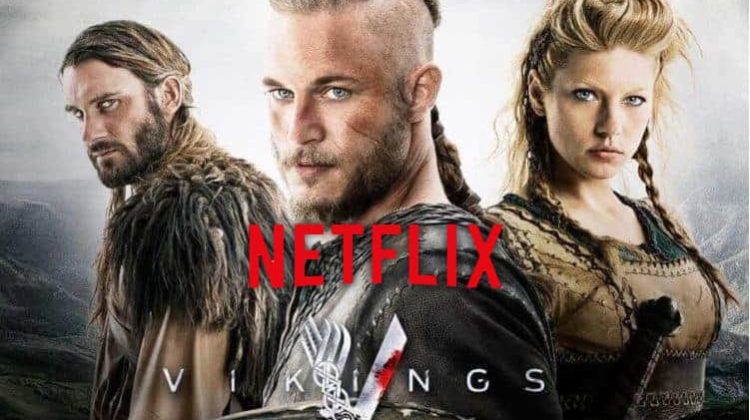 Vikings is a historic Serie that became another success of Netflix not available for everyone as it was released for few countries only, but with the right technology, you’ll be able to enjoy it on Netflix, no matter where you are in the world.

Browsing the web for ways to watch Vikings on Netflix and running into roadblocks? Well if you’re from the United States or another country where this series is not available you could be out of luck. Fortunately, we’ve got you all covered. Here, we are going to walk you through the steps by which you can unblock Vikings on Netflix as well as the best VPN service to watch this historical TV series using your current Netflix subscription.

Vikings is a historical TV series that has been hyped by its audience ever since it was released. It was created as well as written by a British screenwriter, Michael Hirst, who is also an Emmy Award-winning star. Some say that the majority of characters in Vikings are based on real-life stories and individuals, although some have controversies over this theory. It currently stands at a spectacular IMBd rating of 8.6.

Vikings is a TV series that combines true stories about bravery and Norse myths. It revolves around the character of Ragnar Lothbrok, played by Travis Fimmel, who is a Norse farmer. He is brave and his courage and valor later help him become dominant over the lands of Britain and France.

Vikings first aired on the History channel in 2013. Ever since then, it has its viewers coming back for more of it. Fans just can’t get enough! It has a historical story attached to it. It will leave you feeling a bunch of different emotions, and we’re going to warn you, you are going to come back for more, too.

Why isn’t Vikings Available in My Country

If you are reading this, you’re probably here because you cannot find this TV series anywhere in your Netflix media library.  Well, no worries! Here, we are going to explain to you everything, from A to Z, on how to access this historical-sensation within a matter of seconds using your Netflix account.

If you are from the United States and cannot find Vikings anywhere in your Netflix media library, that is probably because Vikings isn’t available in the U.S. This series was signed-off to Hulu as a result of a contract between the two companies years ago.

If you are from a country outside of the U.S, like Canada or Australia along with a bunch of other countries, you’ll be able to easily access this series because the seasons 1-5 of Vikings are available for these countries. But the access of season 6 creates chaos. Season 6 of Vikings cannot be accessed by any of such countries (including the U.S, of course). So if you are from such a country where you cannot access this must-watch TV series, then continue reading because we have a top-class solution for you.

If you are a viewer from the U.S who wishes to watch Vikings using your Netflix account, or if you are from a country outside of the U.S wishing to watch season 6 of this high-rated series, we’ve got you covered. This season can be easily accessible to you if you have a Netflix subscription and a VPN subscription.

VPNs are Virtual Private Networks and they help you access the content that is inaccessible in your country. It helps you connect with servers in such a country where the content is easily accessible and tricks Netflix into interpreting that you are logging in from that same country. That is the basic function of a VPN.

Why CyberGhost is the Best VPN-Option for You

You’ve probably heard about CyberGhost. According to all the features a good VPN should have, we confidently suggest you use CyberGhost as your VPN service to access the all-famous Vikings. Wondering why?

Here’s why we suggest that you use CyberGhost as your top choice for a VPN:

all this supplied at an incredible price as low as:

How Can I Access Vikings from My Country of Residence?

The above-mentioned details explain why we suggest you choose CyberGhost for accessing Vikings. Once you have subscribed to CyberGhost, the next steps are pretty simple:

Yes. It is that simple with CyberGhost!

Vikings have become quite a hit now, and it would be a shame to not have access to this splendid Serie and watch it via Netflix from your country of residence.

That is where CyberGhost comes in handy. The facts mentioned above point out the reasons we think CyberGhost is the best VPN out there for accessing the Vikings series on Netflix, anytime, anywhere.

So, grab some popcorn, sit back, relax, and leave it all to CyberGhost!

👋 Signup to our newsletter to receive guides and cord-cutting-tips tips for FREE!! Click Here!
161 shares