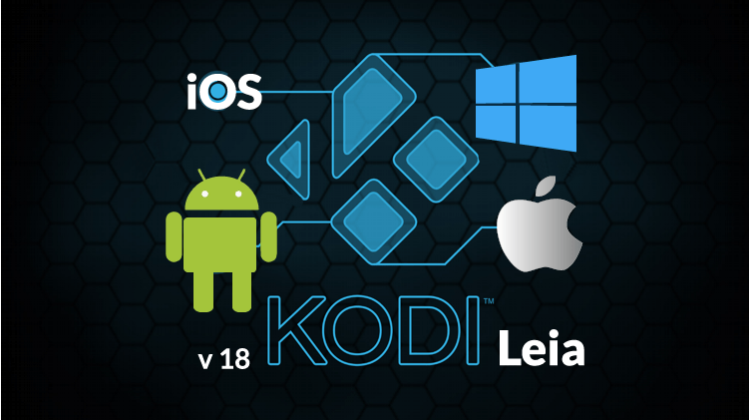 After a while in the version Beta, Kodi 18 Leia was finally released for the joy of its users. In this article we’ll talk about the new features, change log and Install Guides covering all the operative systems. So whatever be the OS of your device, you’ll find it here…

Kodi 18.0 Leia is finally out and available for download on Amazon devices, Android, iOS, Windows PC, Mac, Linux, and Raspberry Pi. The new Kodi version had been in development for the last two years, and with the major code refactoring and changes to its Graphical User Interface (GUI), Kodi 18 Leia is expected to greatly enhance the experience we’ve so far gotten from its predecessor Kodi 17.6 Krypton.

As you would expect, there are numerous changes that have been made to improve our streaming and the general Kodi experience.

ISP and government snooping is on the rise, and many Kodi users have been caught on the wrong side of the law. Though Kodi itself is legal, most of the third-parties addons that are used for streaming movies, TV shows, sports, live TV, etc are illegal. This is because they provide access to copyrighted content. Many users have therefore ended up getting DMCA notices, and others even facing charges.

To hide your activities completely from your ISP and government, you need to use a reliable VPN like IPVanish, which is the best VPN for Kodi at the moment. The VPN doesn’t keep any usage or connection logs, and it’s one of the fastest VPNs around. We have managed to a special discount for our users to help you remain private and secure while streaming on Kodi.

Here’s a list of the new additions on Kodi

Other new additions that are not on the forefront include Bluetooth support, CMake build system, visualisations and screensavers, improvements to the JSON-RPC API, improved code stability, performance and security (as well as general code clean-up in many core areas), remote control changes, web interface changes, logging changes, dependency changes, and many more.

Before you upgrade your Kodi version to Kodi 18, you need to take a few steps to ensure that you don’t lose your data.

This is because your Kodi may face some compatibility issues during the upgrade, and you will most likely not have everything as smooth as it should be. When you upgrade, you’ll also be able to use the following skins which have been upgraded for Kodi 18.

After that, you can go ahead and start the upgrade process. You’ll find the steps below for most platforms.

If you want to back up your Kodi before updating, you can check out our Kodi back up guide.

If you had installed Kodi Krypton 17.6, your device should be able to support Kodi 18 Leia.

Kodi 18 can be installed on all Amazon streaming devices.

Since the new Kodi version is official, it’s already available on the official Microsoft store. You can install it from there, or even go to the Kodi download page and select the Windows version. After the download is complete, you can install the .exe file just like any other program. This applies to both new and existing Kodi users.

For MacOS, just visit the official Kodi download page and scroll down to the MacOS version. Download the installer (.dmg file) and then double click it. When you see the new window, move the Kodi icon inside the applications folder.
Here’s a more detailed guide on how to install Kodi 18 Leia on Mac.

Kodi 18 Leia is already available on Google Play store, and so you can just download or update it like any other app. Alternatively, you can download the apk file from the Kodi download page and then install it.

Get Kodi 18 Leia on Xbox One

You can easily install Kodi 18 Leia for Xbox One from the official Microsoft store. Here are the steps.

How to install Kodi 18 Leia on Linux

To install Kodi 18 Leia on Linux, you need to enter a bunch of codes in the terminal.

Here are the codes

Check out this guide for more detailed instructions.

Below is the generic installation steps for the various devices that support Kodi.

After installing Kodi 18 Leia, check out our detailed Kodi addon guides that we’ve made to help you get the best out of your Kodi.

This is intended to be as a most complete changelog for Kodi 18 Leia, regarding the previous version 17.6.

In this review about Kodi 18 Leia, we talk about its new empowering features. Also was made clear that the install is similar to the previous version 17, just requiring the proper download file. The install files and procedures may differ; so we described in detail the install procedures for each OS. Also we made clear what changes from the previous version to help you decide if it worth for you the install. Finally we have to stress the need to use a Good VPN like IPVanish, when streaming anything using your Kodi; otherwise you may end up on the wrong side of the law. But, if you already have one, be sure it is one of the best VPN in the market!

Hope you’ve liked this review about Kodi 18 Leia – New Features & Install guides for all operative systems. If so, share it with your friends, as they will much thank you.

👋 Signup to our newsletter to receive guides and cord-cutting-tips tips for FREE!! Click Here!
145 shares