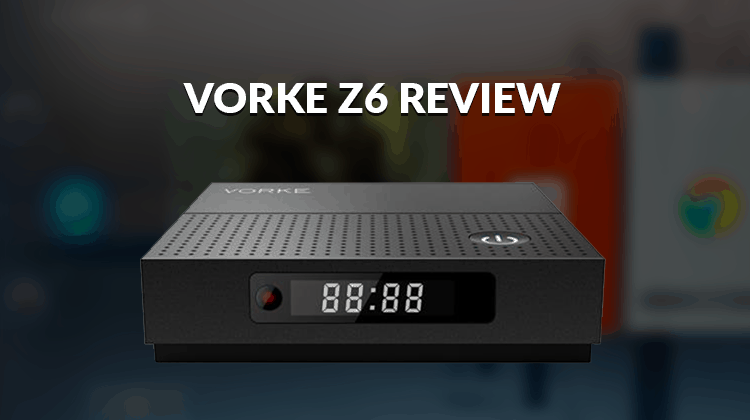 The Vorke Z6 is one of the better Android TV boxes I’ve played with, and while it has a lot to recommend it, it does also have some flaws. 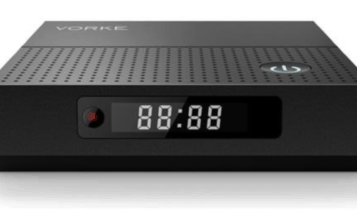 Overall, it’s a very pretty unit made entirely of black ABS plastic. It has a passive cooling system and the interface itself is very simple and easy to navigate.

It is a very small box that it takes up very little space and the LED Clock on the front is surprisingly useful. 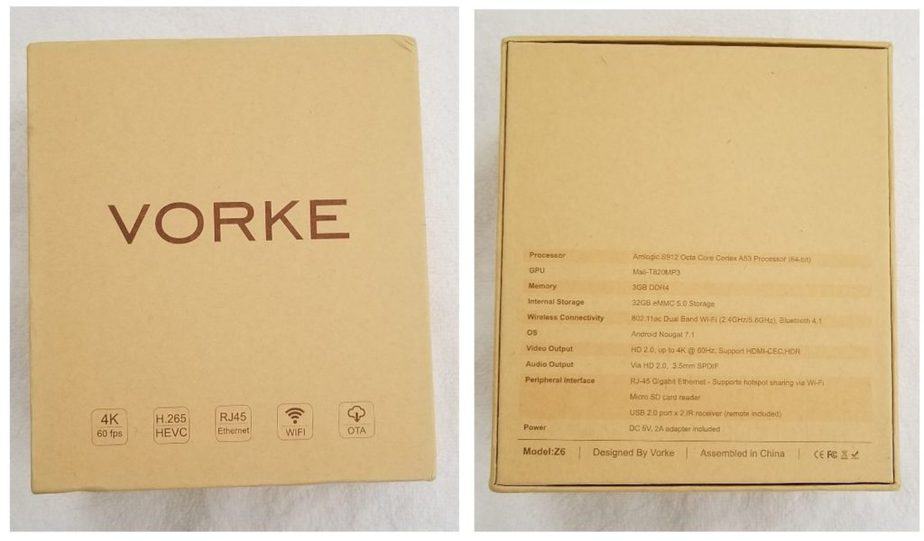 Simple clean packaging with all of the information that you need at your fingertips! 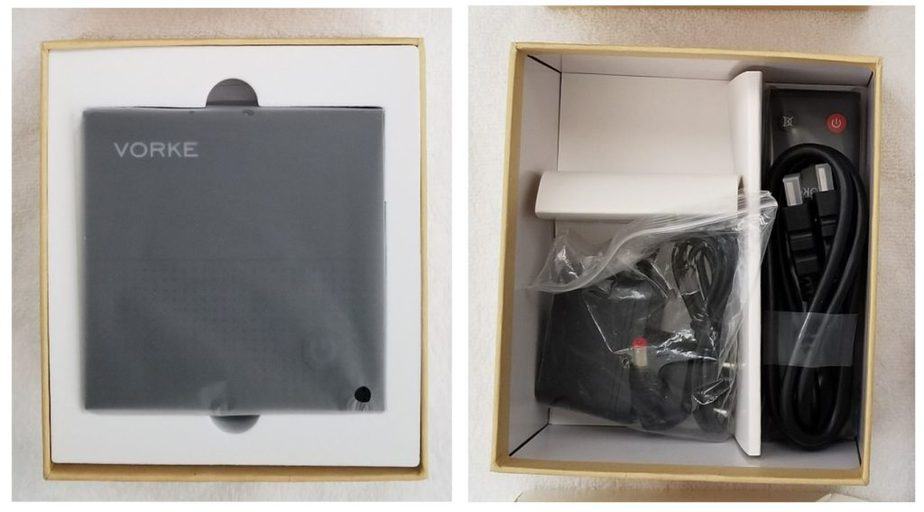 Everything you need is in the box. Power cable, HDMI, Remote & the Vorke Z6

The Vorke Z6 ticks all of the boxes with regards to the specs. It offers a host of different connectivity options and tries to meet every possible scenario.

Overall I’ve been quite pleased with this box. It’s a significant upgrade to my older boxes (GooBang Doo MXIII) and the launcher is simple and easy to use. Overall the box looks nice and as it’s a simple black square it will fit in regardless of the décor taking up a minimal amount of space.

Kodi 17.4 was already installed on the box I tested as was Mobdro (which we’ve spoken about in depth before), however, Kodi did not have any add-ons already installed so you’d need to follow one of our guides to find the best Kodi Add-Ons for your box and the associated installation instructions. 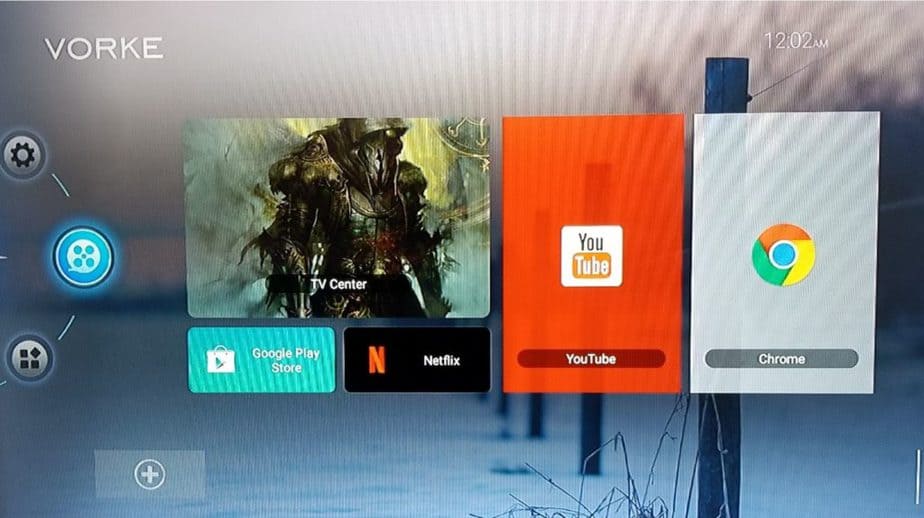 If you click on the TV Center link, it takes you straight to Kodi. You can then set up the PVR if you’re interested in live streaming and have an antenna or other IPTV Service.

You can add other apps to the home screen fairly easily by clicking on the “+” symbol at the bottom left. You then just need to put a checkmark in the app or apps that you want on your home screen and they will appear as a ribbon on the bottom.

You can also access Kodi through the Apps section as well as any other apps you might install in the future. 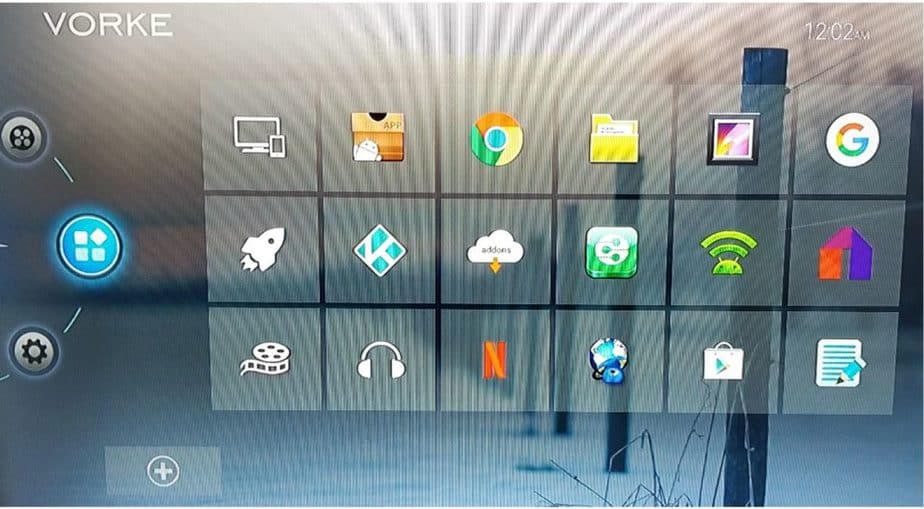 You have two options to install new apps. You can either use the Android Play Store or if an app is not in the play store, install it directly from the “.apk”. I would definitely recommend the play store wherever possible.

Installing from the Play Store

The Play Store is directly accessible from the home screen and once you sign in with your Google account you can even remotely install apps on the box via the Google website which I’ve found to be quite useful.

Once you’ve found an app that you are interested in, simply click install and … you’re done. It really could not be much easier!

When installing from a website you need to ensure that Install from Unkown Sources is set to on which is actually the default setting for the Z6. If you have however changed it to off, simply go to Settings > Security & Restrictions > Unknown Sources and move the setting back to on.

Once you’ve verified that unknown sources is on, simply navigate to the website you are interested in using Chrome (from the home screen) and enter the URL of the site in the address bar. Click on the download link.

Once the .apk file has been downloaded to your system, you can either click on it directly or go to the app installer to launch the installation.

For a SAFE and simple example of installing an app from a website, I’d suggest you review our post about Installing Terrarium on your Fire Stick. It will give you a good app to install and play with as well as all of the instructions you’ll need to follow.

I used WiFi for my testing primarily and this is where things got a little bit confusing. The Z6 connected quickly and easily to my Internet router (TP Link Archer) but speed tests using the built-in tool were atrocious.

As you can see on the screen capture below, the built-in “speed test” on the Vorke Z6 only offers a max speed of 10M and when I initially used it, I was getting under 1.6M as you can see. 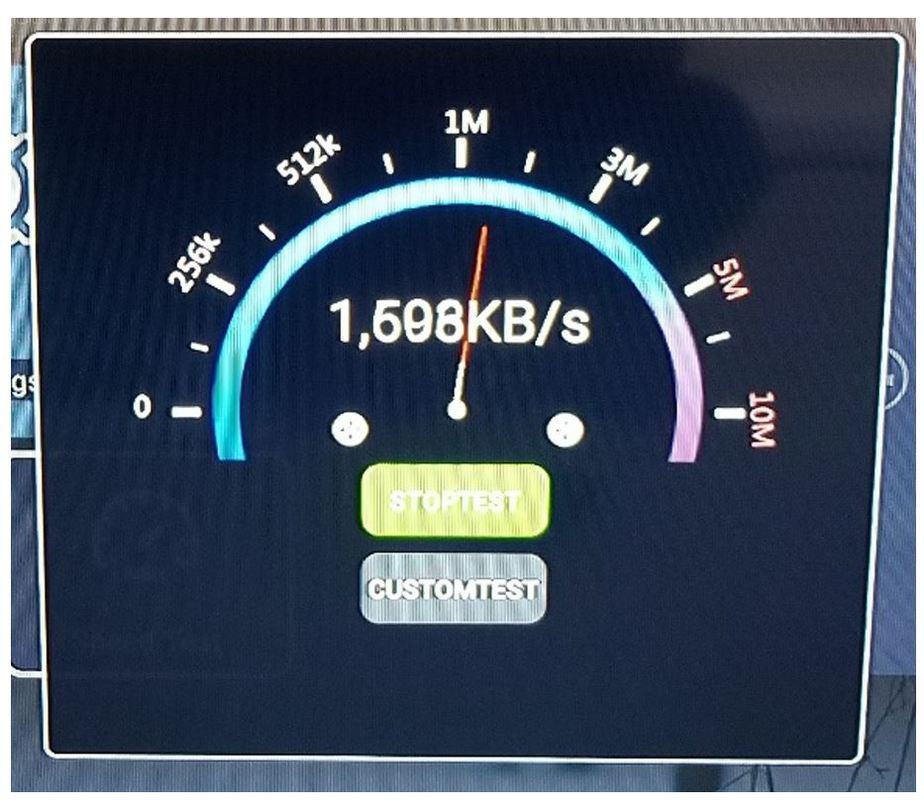 From the same room and connected to the same router, I tested on my laptop (Surface Book) and as you can see there is a fairly massive difference.

So initially I thought that the Z6 just had crappy WiFi but that didn’t really make too much sense as all the video I attempted to play, launched quickly and easily and had minimal if any buffering.

I’ve since tested using a standard Internet Speed test (speedtest.net) and web browser, similar to my laptop and connectivity is significantly better. While it does not match the speed on my surface book, it’s a much more reasonable 35MB.

When I moved the box itself to another TV – one closer to my router and connected via WiFi I got the sorts of speeds I was expecting. While still not at the same level as my computer it was significantly better, but to be honest, I was expecting even more as it was now sitting literally beside my router! 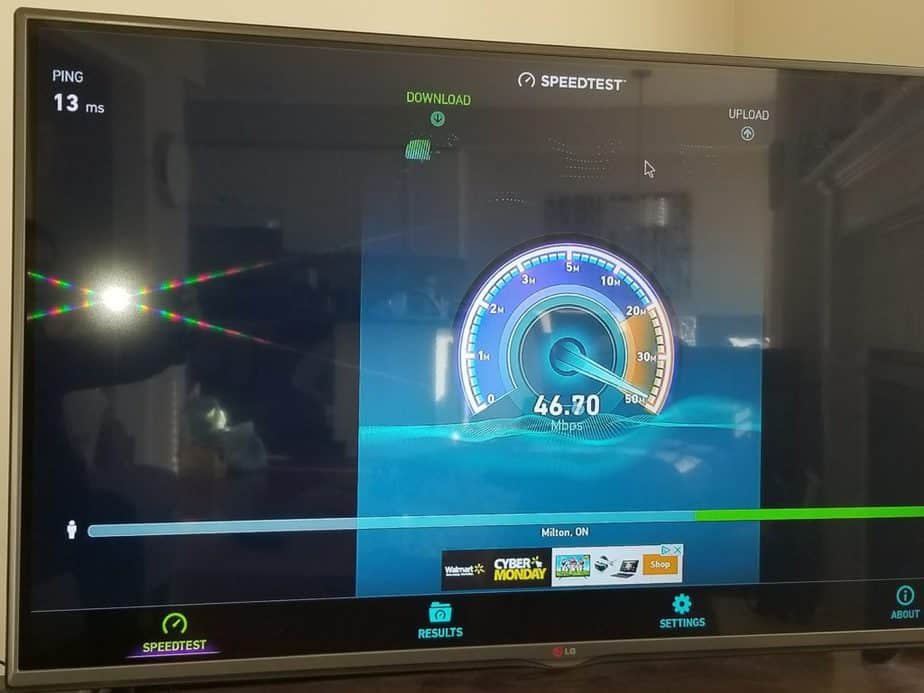 The issue does not seem to be the Z6 itself, rather it’s the configuration of the built-in speed test app.

Overall a very solid unit that is simple and easy to use straight from the box. I’d suggest upgrading to an air remote with a built-in keyboard as not only was this easier to use, the IR connectivity was greatly improved over the one provided by Vorke.

The interface menu is very user-friendly and intuitive and 4K support is a huge benefit. I’ve been extremely pleased with the Z6 over the past couple of weeks of testing and I’m looking forward to enjoying it for many moons to come!