You are here: Home / Streaming Apps / How to Install Stremio on Android Smart TV
422 shares 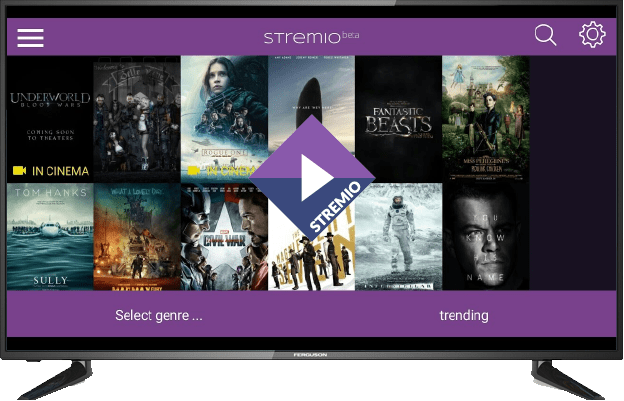 Stremio is a free media organizer that in some ways works similar to Kodi and Plex. In this tutorial, we are going to discuss how you can Install Stremio on Android Smart TV…

Cord-cutting solutions have become more popular, with people moving away from traditional entertainment like cable TV. With such solutions, one gains the power and flexibility to watch whatever they want live and on demand. The free nature of most streaming apps has saved a lot of people from the high fees charged for a TV subscription. One of the streaming platforms that is quickly gaining fans is Stremio. In this guide, you’ll know more about Stremio, as well as How to Install Stremio on Android Smart TV.

What is Stremio and how does it Work?

Stremio is a free media organizer that in some ways works similar to Kodi and Plex. The app has grown extremely popular even among users of the previous two apps because of its simplicity and excellent functionality. Just like those two other apps, Stremio lets you install third-party add-ons that you can use to stream anything from news, sports, movies TV shows, music, and Live TV.

However, Stremio differentiates itself from Kodi because the app is cloud-based. When you install an addon on Stremio, it is not added to your device, but rather to your cloud-based account. This means that when you install an addon on your smartphone Stremio app, it will also sync to your Smart TV. This greatly improves the usability of the software. It also saves you in such that malicious developers who inject malware into an add-on to infect your device can’t do so with Stremio. Stremio can be installed on Windows PC, Mac, Linux, Android and iOS devices. In this guide, however, we’ll focus more on How to Install Stremio on Android Smart TV.

BitTorrent is not a bad technology, but it has one major con: when using BitTorrent, your IP address is broadcast publicly. This means that third-party organizations can see your IP address, and even use it to attack you or carry out other malicious actions. Your ISP and even government can also see and monitor your online activities. This eliminates all forms of privacy you think you have when sitting in the comfort of your home. And when you stream copyrighted content on Stremio, you can end up getting a DMCA notice.

To deal with the above and ensure your privacy and security, you need a strong and reliable VPN. For Stremio and other streaming services, the VPN we recommend is IPVanish. The VPN was majorly built for avid streamers, and therefore it has servers in almost every region of the world and offers the best speeds. We managed to get an exclusive 72% of IPVanish.
Click here to save 72% of IPVanish now!

Stremio is an official app that in itself is not illegal (some add-ons are illegal though). The app can, therefore, be easily found on the Google Play Store. However, you need to have a free account. To make the process easier, we advise that you create an account on your computer or smartphone. To do so, you may need to download the Stremio app for your computer or smartphone. Downloading the app on your smartphone first will also be helpful in that it’s easier to configure than the Android Smart TV app.

The Android app is easy to install on your smartphone, as it’s available on the Google Play Store and on Aptoide TV (another app store). Just open your favorite store app, search “Stremio,” and install the first option (developed by Stremio)

Installed on more than 100 million android devices, it is the 3rd most important store, right after Google Play and Amazon.

Aptoide TV is similar to Play Store, but much less intrusive – you know how Play Store want take control of everything.  On the contrary Aptoide works as if it were your private play store. On the other hand, Aptoide respects much your privacy and take care on the quality of all provided apps; each app have a quality seal meaning that have been checked for virus and errors. Also the AptoideTV Community is very active to report anomalies found in any app, thus the great security value on using this app store.

This is the easiest way to run Stremio on Android Smart TV.

If for some reason you don’t want to install from Play Store or your Android TV has a different store, you can always install directly using the app’s .apk file.

The first thing you need to do is allow your smart TV to install apps from other sources. This is always required when you want to install an app directly.

Once you install Stremio, the app will be added to your app list, and it will be ready to use. If you already had an account, it will be synced to your Android Smart TV. However, don’t play anything on Stremio at this point. You need to install a VPN first.

To get your VPN running,

With a VPN, your streaming and general internet use will be kept under wraps. You won’t need to worry about your ISP anymore, as they won’t even be able to throttle your internet connection when you use a lot of bandwidth.

How about Install Stremio in an Android TV Box?

Having an Android TV box is just the same as having an Android Smart TV. With such a box, you will even have more power, flexibility, and space than a Smart TV. This means that you can install many apps on the box and customize them better.

Install Stremio on Android Box is just similar to the procedure given above. The steps only vary in the specifics depending on your Android box manufacturer. To know more visit, our Android TV Boxs Review!

With Stremio, you’ll be able to stream virtually anything. However, Stremio doesn’t offer you any privacy and so it’s not only your ISP you should beware of. In their ToS, they state that “The personal data of each User might be transferred to third parties (commercial partners of the Provider) including outside the Republic of Bulgaria including for the purposes of direct marketing and/or profiling upon compliance with the applicable procedures with this regard.”

This means that whenever you feel like streaming on Stremio, use a streaming VPN!

That’s it on How Install Stremio on Android Smart TV or in an Android TV Box. Enjoy!

👋 Signup to our newsletter to receive guides and cord-cutting-tips tips for FREE!! Click Here!
422 shares