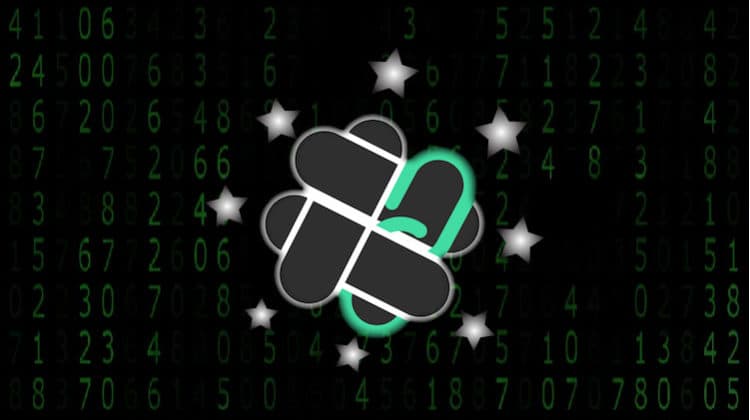 Do you want to make the best use of your Firestick or Android TV device?  Well, you need Filelinked and the best codes for FileLinked. But first of all…

FileLinked is an app that eases app installation on FireTV and Android TV. It does this by providing multiple hand-selected apps within a single page (store). To create the stores, developers select numerous apps and add direct download links regularly updated. Examples of the apps you can download from FileLinked are streaming apps such as CinemaHD, utility apps such as Mouse Toggle, device cleaners, and modded apps.

However, what you find in a store is what the developer wants you to, and so finding the best FileLinked codes can be a headache. Thankfully, that’s what we are here for.

Filelinked is just an app; from that strict point of view, we can say: Yes, Filelinked is Legal. However, Filelinked works with the so-called Filelinked Codes to create private custom stores of apps.

98% percent of the apps you will find in the FileLinked stores listed below are not available in the Google Play Store. This is because most of them facilitate copyright infringement by providing links to content that may be pirated. The apps do not host the files, so you are responsible for the streams you access.

Further, some of the apps you will find, such as Stremio and Popcorn Time, use BitTorrent technology to provide streams. This means that your ISP can easily block your streams and throttle your connection.

⚠ How to avoid legal problems?

To avoid any legal liabilities or content blocking, you need to stream anonymously through a VPN. The VPN will encrypt your activities to hide them from your ISP, and it will also change your IP address to give you online anonymity. That said, you will also need to select your VPN carefully.

The best VPN for streaming at the moment is IPVanish, and it’s the one I’d like to recommend. The VPN is secure, super-fast, and allows anonymous torrenting. Here’s what you can expect from IPVanish:

To help you stay safe while streaming, we have partnered with IPVanish, and we are offering an exclusive 71% to our readers! Take advantage of the offer below, and the 100% money-back guarantee will still cover you if you decide to cancel.

Filelinked is not working for many people. If you are also facing problems using FileLinked codes and getting the error message “Filelinked code not found”, we suggest you look for FileLinked alternatives on this page.

This guide provides you with a frequently updated list of the 10 best FileLinked Codes. We have selected the stores based on the number of apps, app categories, quality of apps, and popularity as it makes developers more active. However, they are not listed in any particular order so, please, feel free to try any of them.

Stream & Tech Now is one of the most comprehensive FileLinked stores. The app contains 300+ applications that can be grouped into categories such as movies, TV shows, live TV, utility, and modded apps.

The best thing about the store is that it provides the original apps from developers and then a modded ad-free version right below it. Some of the applications you can install from the store are Popcorn Time, Sofa TV, Stremio, Tea TV, Cinema HD, Typhoon TV, and Nova TV. You’ll also find pretty much every other app you know.

2. Review on This & That Filelinked Store

Review on This & That FileLinked store has 300+ apps that are constantly updated.  The store is split into well-organized categories to make it easy to access any app you want. It features official and modded apps for different types of apps, and it also has a good number of non-streaming apps.

StreamItAll FileLinked store features more than 300 apps, most of which are dedicated to Live TV, sports, movies, and series. The store also has different versions of apps. For instance, there is a beta, mod, and official (well, not so official) app for Cinema HD.

You will find the apps grouped into categories, so it should be easy to get what you want. Some of the popular apps in the store are ZiniTevi, Pikashows, Movies Time, Cinema HD, Film Plus, Cuco TV, CyberFlix, Viva TV, and Sofa TV. You’ll also find Kodi builds and addons.

Stream Doctor is a FileLinked store with well-selected apps that range from streaming apps to utility apps. The store is simple and well organized to make it easy to download what you need. It has categories that include Top Movie & TV Shows, Ad-Free YouTube Apps, Best One-Click Play Apps, All in 1 Section, Free Movies Apps, Live TV Apps, Free Movie & TV Show, Free Sports Streaming, and more.

NxtLvLTech FileLinked is one of the longest-running stores with 300+ apps. These apps are well categorized into TV shows and Movies, Top Tools and Utilities, Media Players, Anime And Cartoons, Premium Services, Adult Apps, Emulators and Roms, and much more.

Some of the popular apps in the store include Cinema APK, ZiniTevi, Syncler, CyberFlix, Titanium TV, HDMovies, and FilmPlus.

Kevin Porteous is a well-maintained store with 100+ apps grouped into streaming apps, utility apps, and ad-free apps. The apps in the store are well organized to make it easy for you to select an app. For example, the first few types are app stores, IPTV players, media players, tool apps, launchers, and streaming apps.

Some of the popular apps you will find in the store include Aptoide, Apktime, MX Player, IPTV Smarters, Apps2Fire, AVG Cleaner, BeeTV, Best Cinema, CartoonHD+, among others.

FireTVSticks FileLinked Store features 200+ apps constantly updated. The store organizes apps into folders to make it easy to find the apps you are looking for. It starts with a “hottest” section that has useful utility apps. It then moves to Movies & TV, which takes the store’s bulk. The other categories include Free Live TV, Subscription Services, UK TV Apps, Free VPNs, Tools, Launchers, and Device Clean-Up.

Some popular apps in each of the above categories are Mouse Toggle, 1234 Movies, Live NetTV, Netflix, BBC iPlayer, ProtonVPN, AdGuard, Leanback Launcher, and AVG Cleaner.

Like its name suggests, the iTrustStream FileLinked store mostly features streaming apps, and it’s another of the best FileLinked codes. The store doesn’t have as many apps as some of the ones listed above, but they are carefully selected, and so they should still meet your needs. The listed apps are also well organized, making it easy to spot the one you want.

Bujiki FileLinked Depot is a huge store with a collection of 300+ apps. One of the store’s biggest strengths is its tidiness. All apps are grouped into categories, and there are no long definitions that make FileLinked look complicated.

FileLinked allows you to install the best apps easily, and you won’t have to worry about links or lengthy processes. The guide above gives you the 10 best FileLinked stores for this month, and you should be able to install just about any app you’d like.

However, you also need to ensure that your streaming activities can’t be linked back to you. The only way you can do this is by using a secure VPN like IPVanish. It will help you stream anonymously, circumvent ISP bans, and avoid all sorts of throttling.

We hope that we’ve helped you narrow down your FileLinkend store options. Enjoy!

👋 Signup to our newsletter to receive guides and cord-cutting-tips tips for FREE!! Click Here!
126 shares